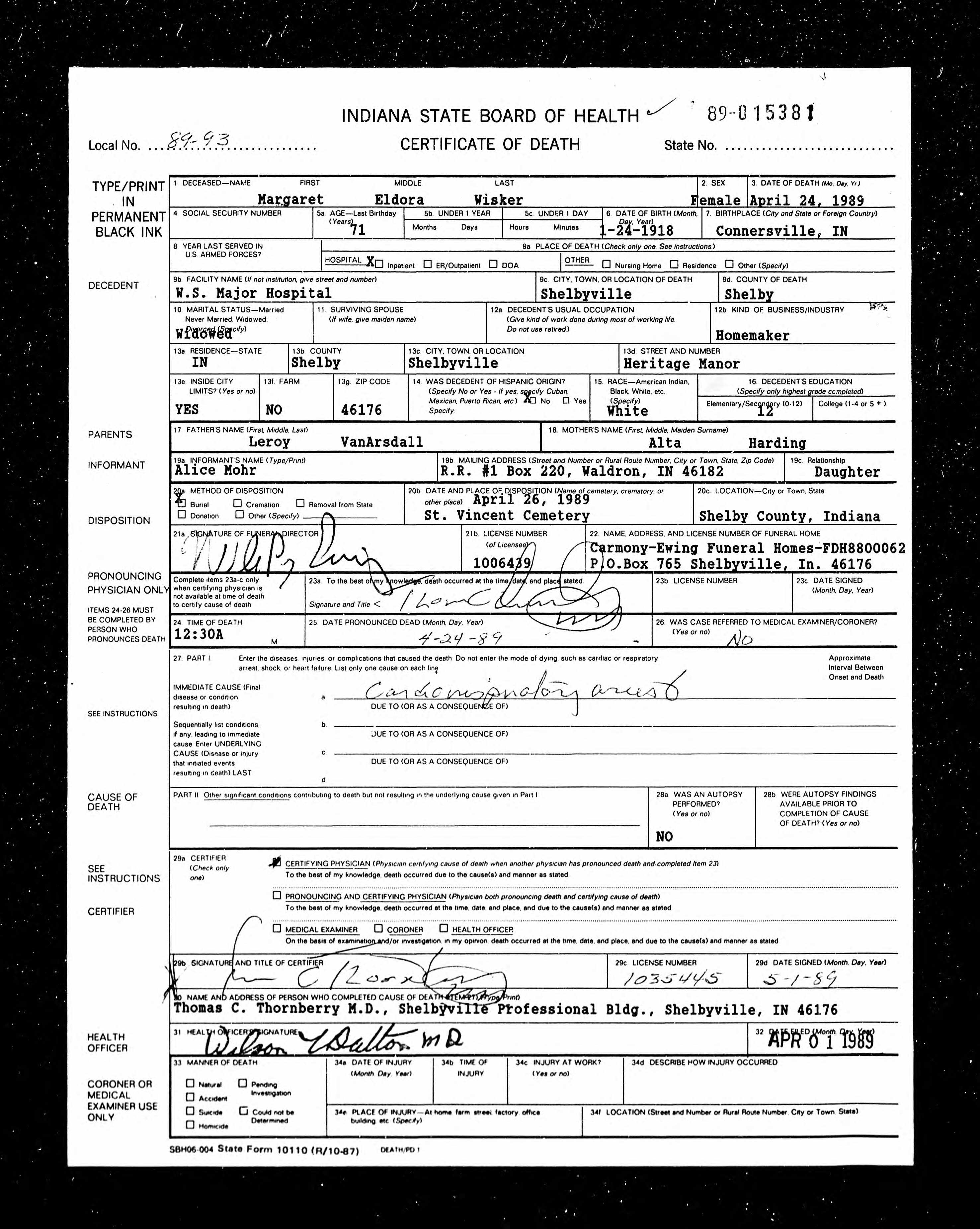 Glasco Sun, Dec. 27, 1934, page 1:
Mrs. Oden J. Kissinger
Nettie Mae Hayes, daughter of Drayton and Sarah hayes, was born March 22, 1880 on a farm near Littles, Iowa, and departed this life on Monday, Dec. 17, 1934 at the age of 54 years, 8 months and 25 days. She grew to young womanhood and received her education in that community. When a child she united with the Methodist church at Littleton, and remained a faithful member through her entire life.

On September 8, 1898, she was united in marriage to Oden J. Kissinger and they began their happy wedded life on a farm near her home, later coming to this community. To this union were born ten children, all growing to young manhood and womanhood with the exception of Letha Leone, who passed away at the age of four years.

Those who are left to mourn her passing are the kind and loving husband, and three children: Orin H. of Reading, Penn; Oma Kelly, of Craig, Mo; Clifford of Delphos; Mabel Smejkal of Glasco; Floy Gaddis, Bellflower, Calif; Don of Reading, Penn; James, Dean and Esther and Grandfather Kissinger of the home.

Besides these there are two sisters, Mattie and Beulah of Littleton, Iowa; one brother, Harvey of Waterloo, Iowa; one brother Everett of St. Croix, Wis; and ten grandchildren.
She was a kind and loving wife and mother, and was ever doing kind things for her children. Her many friends were numbered by her acquaintances, who today mourn her sudden passing.

Child of Margaret (?) and Joseph Wolfe

Child of Laura A. Hewings and Richmond Edwin Case

Mrs. Julia A. Corey, a lifelong resident of Wells, died Friday evening, Dec. 3, at the home of her grandson, George Corey, after a brief illness. The decedent was 79 years old. She was born in New Jersey and came to Wells at an early age. She is survived by two sisters and a brother, Mrs. R. J. Lucas of Washington, D. C., Mrs. Arminda Sweet of Middlebury, Pa., and E. J. Dunning of Cortland, N. Y; also by three grandchildren, George, James and Mildred Corey of Wells. The decedent was a member of the Presbyterian church. The funeral was held at the Coryland church, burial being in the Coryland cemetery. She was buried at Coryland Presbyterian Cemetery, Gillett, Bradford Co., PA.1