Mr. May retired as a market manager for McGraw-Edison Co. in Canonsburg, Pa. Born in Milan, Pa., he moved to this area in 1985 from Pittsburgh..

He graduated from Penn State University in 1950, and served as a director for the Boy Scouts of America after graduation..

Mr. May was a member of the DeLand Country Club, Blue Lodge Masons and Scottish Rite Masons. He loved his dog Teddy, and loved playing golf, woodworking, hunting, and making jewelry..

He served as a second lieutenant in the U.S. Army Air Forces during World War II, and was a B-29 pilot in the 20th Air Squadron..

Charles Lyle Holcomb, 72, of New Albany RD 2 died Saturday morning at the VA Hospital in Wilkes-Barre following a lingering illness. Born Jan. 22, 1914 in LeRoy, he was a son of LaVerne and Maude Wooster Holcomb. He had been a farmer in his earlier days, and retired in 1976 as truck driver at the Rynveld Wreath Corp of New Albany. He was a veteran of World War II having served with the U.S. Army in the Asiatic Theatre. Surviving is his wife, Olive Capwell Holcomb, at home; son, Robert of Florida; two daughters. Mrs. Ray (Betty) Jackson, Colo., Mrs. John (Patricia) Shaffer of Hornbrook; four step-sons, Raymond Capwell of Murphysboro, Tenn., William Capwell of Stevensville, John and Charles Capwell of New Albany; three step-daughters, Mrs. Duane (Shirley) Carpenter of New Albany, Mrs. DeWitt (Anna) Corey of Laceyville, Mrs. Richard (Angela) Bennett of Towanda; one sister, Elaine Phillips of Troy; 27 grandchildren and several great-grandchildren. He was a member of the Monroeton Rod and Gun Club, and the Loyalsock Post #996 American Legion, and the Durell Veterans of Foreign Wars Post. Funeral and committal services will be held Wednesday at 11 a.m. in the Russell P. McHenry Funeral Home, 119 Carpenter St., Dushore, with the Rev. Robert W. Brown, of the Redeemer United Church of Christ, officiating. Interment will be in the LeRoy Cemetery at the convenience of the family. Friends may call at the funeral home Wednesday from 10 a.m. to the beginning of the funeral. Military services will be conducted Wednesday at the funeral home by members of the VFW and the Loyalsock American Legion. Memorials may be directed to the Bradford County Chapter of the American Society. –Towanda Daily Review.

The records of the Salmonbrook Historical Society have her as the d/o Martin Holcomb II and his second wife Hannah Alford (b. 7 Apr 1759) but there is no proof.

On the morning of Saturday, May 19, 2012, LeRoy native Raymond Leo Holcomb passed away quietly at Bradford County Manor. He was 93 years of age.

Born in LeRoy on Sept. 21, 1918, he was a son of Ray and Lena (Whipple) Holcomb. Young Raymond attended the former LeRoy Elementary School and later Canton High School, graduating with the class of 1936. During the Second World War he served with the United States Army, first as a combatant and later as part of the occupation force, from 1944 to 1946. After returning home Raymond courted a local LeRoy girl, Jean Mott, and the two were united in marriage on Oct. 2, 1947. Together they raised a son and a daughter and shared 55 years until her passing in January of 2003. For most of his working life Raymond was a self-employed carpenter along with his brother Dean until his retirement. In his free time Raymond enjoyed gardening and woodworking, as well as playing cards with the "Thursday Night Boys," Jimmy Tomlinson, Ted Tomlinson, Dean Chaapel and Dick Bellows. Raymond was a man of faith who came to know the Lord while attending the former LeRoy Church of Christ. It was a faith that would grow and endure through the years. He was a member of the LeRoy Community Association and had been a member of the former LeRoy Odd Fellows. Of paramount importance was his family, whose visits and interactions always gave him great joy.

He is survived by his daughter Jane Holcomb of Dallas, Texas; son David Holcomb of Canton; grandchildren Bryan (Brittney) Holcomb of Ft. Polk, La., Jennifer Holcomb; great-granddaughter Marley Holcomb and sister-in-law Dorothy Smithgall, all of Canton; and brother-in-law James Chadwick of Camptown, Pa; as well as several nieces and nephews. He was preceded in death by his wife Jean Holcomb; brothers Newton and Dean Holcomb; sisters Olive Ferguson and Rosalie Holcomb and parents Ray and Lena Holcomb.

A celebration of Raymond's life will be held at a later date and will be announced by Morse & Kleese Funeral Home, 94 N. Center Street, Canton. 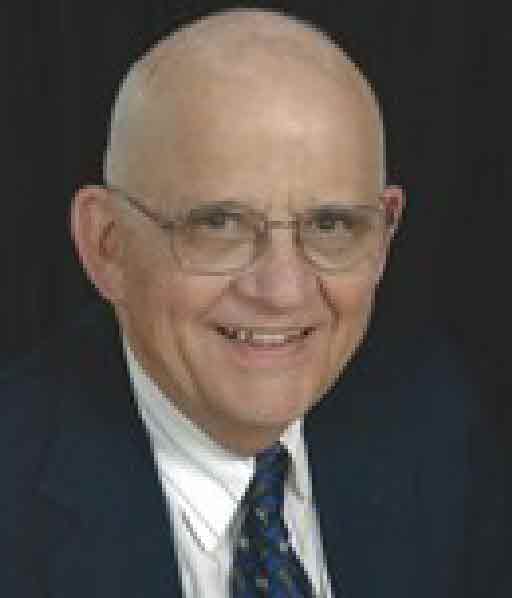 Richard B. "Dick" Griswold, 84, of Lititz, PA, formerly of Wethersfield, CT, peacefully passed away on April 18, 2019 at Moravian Manor, two days before his birthday. Born in Greenfield, MA, he was the son of the late Harold Dean and Evelyn (Oates) Griswold, and the beloved husband of Norma (Jose) Griswold of 62 years. Together they raised two sons.Dick received a Bachelors in Mechanical Engineering from the University of Maine. Following graduation, he went on to serve his country proudly as a member of the U.S. Navy Civil Engineer Corps. After his discharge, Dick accepted a position with Pratt & Whitney as a mechanical engineer. During his time at Pratt & Whitney, Dick became interested in computer science and decided to pursue that interest. Following a three-year period of self-employment while earning a Master's Degree in Computer Science by taking night classes at RPI's Hartford, CT branch, he took a position as Manager of Scientific Computing Systems at Terry Steam Turbine. After graduation, he secured several positions at United Technologies subsidiaries, Sikorsky Aircraft, Diesel Systems, and Otis Elevator, helping engineers leverage computer technology. Following his retirement from Otis Elevator in 1997, he and Norma enjoyed being winter snow birds in Florida for 15 years. Dick loved music, playing bells, and singing bass in his church choirs and the Lancaster, PA-based Wesley Singers. He greatly enjoyed the natural beauty of Maine and Connecticut by camping, sailing, and boating. He will be remembered for his winsome smile, great sense of humor, and positive spirit. He was compassionate and had a heart for people. A good listener, he enjoyed learning peoples' names and stories. Dick was quick to make friends, and many of those friendships lasted his lifetime. He was very involved in a variety of church ministries at Wethersfield United Methodist Church, CT for 53 years, was an associate member of First United Methodist Church of Naples, FL, and became an active member of Lititz Church of the Brethren after moving to Lititz.Dick cherished his family and is survived by sons Richard ("Rick"), husband of Meredith ("Scottie") of Lititz, PA, and Ted, husband of Sharon of Independence, KY, and five grandchildren Johanna, Brianna, and Andrew of Lititz, and Megan and Michael of Independence, KY. Dick is also survived by sister, Janice, of Springfield, VA, and was preceded in death by his brother Robert of Newton, NC, and sister, Marieta Wendler of Mission Viejo, CA.A Memorial Service will be held May 17, 2019 at 11:00am at Lititz Church of the Brethren located at 300 W. Orange St. Lititz, PA 17543. Guests will be received for a visitation prior to the service starting at 10:00am. In lieu of flowers, donations in Dick's memory can be made to Moravian Manor "Attn: Benevolent Care Fund" 300 West Lemon Street, Lititz, PA 17543 or to Lititz Church of the Brethren "Attn: Tree House Fund" 300 W. Orange St. Lititz, PA 17543. Condolences can be made at SnyderFuneralHome.com.
Published in The Hartford Courant on May 5, 2019.

Robert “Bob” Deane Griswold, age 89, passed away on Monday, January 2, 2017, at his residence in Abernethy Laurels of Newton, NC.

Born January 8, 1927, he was the son of the late Harold Deane Griswold and Evelyn Mae Oates Griswold. He was a member of Abernethy United Church of Christ and retired after 38 years as a purchasing agent for Alcoa Aluminum. Bob was a proud veteran of the United States Army. He was a member of the Rotary Club in Alcoa, TN, and a Scout Master with the Boy Scouts of America. He was the former president of the Tennessee Vocational Rehabilitation State Board. In addition to his parents, he was preceded in death by wife of 65 years, Nancy Faye Hoffman Griswold, and sister, Marieta Wendler.

Willis-Reynolds Funeral Home & Crematory in Newton is honored to serve the Griswold family.

John Paul, "Jack" to family and friends, was born in Troy, Pa. on April 17, 1948. He was a son of the late H. Dean and Clarabelle (VanSyckle) Holcomb. He graduated from Canton High School with the class of 1966 and served our country during the Vietnam War with the U.S. Air Force.

Jack was employed by Canton Manufacturing for many years until retiring.

Jack is survived by: a brother, Joe Holcomb of Elmira; a half-sister and half-brother, Suzanne (Tom) Schrader of Canton and Robert Long of Florida; his uncle, Raymond "Red" Holcomb of LeRoy; as well as several nieces, nephews and cousins.

In addition to his parents, he was predeceased by a brother, William Holcomb.

In keeping with Jack's wishes, there will be no public services. Burial will be in LeRoy Cemetery. Those who wish may direct memorials in Jack's name to a charity of one's choice.

Pepper Funeral Home in Canton is in care of arrangements.

Child of Emaline (?) and Willis Gillett

Eugene D Griswold
Buckland, April 8 - Eugene D Griswold, 80, of Lake Hamilton, Fla., a native of this town and formerly of Griswoldville, died unexpectedly Saturday at his home.
He was born here Nov. 28, 1876, son of Emerson and Jane (Perkins) Griswold. He attended local schools and Arms Academy and married the former Fleta Irene Powers [sic-should be Tower] who died in 1937.
He later married the former Flora Eagles of Moncton, New Brunswick, whom he leaves.
The family lived here many years. He was well-known in town as a carpenter and builder. They moved to Griswoldville in 1920. While there, he was employed as a carpenter at the Kendall Mills.
They made their home in Lake Hamilton 15 years, maintaining a summer home in Brimfield.
Besides his wife, he leaves two sons, Earl of Brimfield and Hugh of Burlingame, Cal. Another son, Deane, died in 1953. There are nine grandchildren and eight great-grandchildren.
He also leaves a stepmother, Mrs. Emerson Griswold of New York, four half sisters, a half brother, and a step sister. Funeral will take place Wednesday at 2:30pm at Johnson funeral home, Shelburne Falls. Burial will be in Buckland Cemetery.
[published on April 9, 1957 in The Springfield Union newspaper]

This cemetery is cared for by The Buckland Union Cemetery Assoc., a non-profit, all volunteer organization, that gratefully accepts donations for monument care and grounds keeping. Mail your contribution payable to BUCA, P.O.Box 69, Buckland MA 01338-0069.

Children of Harold Deane Griswold and Evelyn May Oates

Child of Arthur J. Ellsworth and Hattie B. Gladding